Pranay´s Act combines tricks that feature the highest technical difficulty, creativity, speed and rythmical choreography which fascinates and excites audiences worldwide. Whether horizontally or vertically, Pranay can whirl as much as three Diabolos at the same time, around his body and in the air, making you feel as he is defying the laws of physics. It is obvious that Pranay really enjoys what he is doing and it seems that the diabolos are part of his body.

»His Diabolo Choreography was executed with magnificent ease and is sheer incredible«.
(Lauterbacher Anzeiger)

The young artist has an ability to connect to the audience without words and a charisma that allows him to reach every single person in the audience, which guarantees a breathtaking experience that you surely will not forget soon!

Pranay has the possibility to change his act to adapt to your expectations and wishes, for example by changing the choreography, costume or the music.

Book Pranay for your show production, your Corporate Gala or private event!

»Diabolo Artist Pranay Werner from germany took over the audience with his radiant smile and delighted them with his imaginative tricks. The applause was neverending« 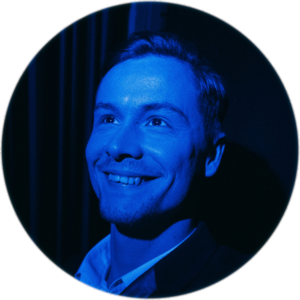 In 2004 he joined a circus group in school and started to make his first contact with the Diabolos. It was quickly obvious that he had a special passionate connection with them and practiced for at least four hours every day. After two years he started to teach the Diabolo to the circus group himself. Soon afterwards, Pranay quit all his other freetime activities to fully concentrate on the Diabolo. In High School Pranay joined the School Varieté and travelled to Juggling Conventions all over Europe where he learned to juggle with different props (Balls, Clubs, Sporthocker) and made his first solo Performances on stage.

While finishing school in 2011 Pranay did his first professional Varieté contract with the Diabolos in Frankfurt am Main (Neues Theater Höchst) with great success.

»A Newcomer Artist from Frankfurt is the audience favorite on the Autumn-Variete Show at the ›Neues Theater‹. His Diabolo-Shows excites young and old.«
(Höchster Kreisblatt)

Since then, self-taught Diabolo performer Pranay delights the audience as a professional Artist all over Europe (Switzerland, Spain, Monaco, Finnland, Denmark, Liechtenstein, England etc.) in Circuses, Varietes, Galas and other Events. He has performed in Canada, South America, Asia and Australia.

He won several Circus Prizes such as the Bronze Star at the Young Stage Festival in Basel, Switzerland, for modern Circus Art, the Silver Clown and two special prizes at the New Generation Festival of Monte Carlo and a special Prize at the Festival »Le grand Cirque« in Canada (under the direction of Eugene Chaplin, Son of Charly Chaplin). He was featured in the »Planet Diabolo DVD« among the Best Diabolo Artists in the World representing Germany.

In 2015 Pranay performed at the most prestigious Stage in the world: The world famous International Circus Festival of Monte Carlo, where he was able to win a special Prize. This Festival (which is led by Princess Stephanie of Monaco) is by now broadcasted in more than 50 countries. At the following »New Generation« Festival of Monte Carlo for young artists, Pranay was invited to be a member of the jury led by Princess Stephanies daughter Pauline.